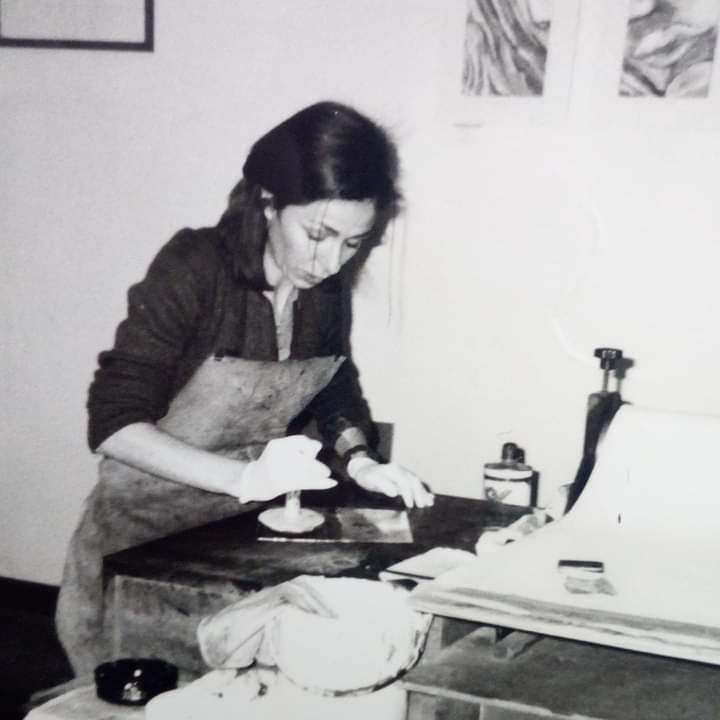 In 1997 I was opened in Certaldo my own workshop where I painted and do graphic work for 23 years.

In 1998 I obtained the qualification of restorer for mural and on canvas paintings at the centre for Formazione professionale in Siena.I was also involved into a restoring workshop of fourteenth century frescos in the

chapel of Ama di Lecchi in Chianti. I worked in some restoring work of decorations.

1998 I was commissioned for a large painting for an an altar, representing S. Michele Arcangelo and destined for the ancient romanic church of Rencine in Castellina in Chianti.

1999-2000 I attended summer courses s at the prestigious Florentine school“Il Bisonte”where I perfected my chalcographic and lithographic techniques following the Senefelder technique. 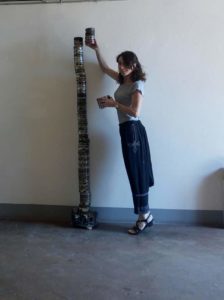 2006 the course”Engravings on Plexiglas, Goetz technique and other experimental techniques”by Vladimiro Elvieri at the Kaus school in Urbino.

2007 lithography by Florence Faval at “Il Tintoretto” in Venice.

2008 course in lithography by Franco Pistelli at “Il Bisonte”.

2011 I started teaching in schools.

We use cookies on our website to give you the most relevant experience by remembering your preferences and repeat visits. By clicking “Accept”, you consent to the use of ALL the cookies.
Cookie settingsRead MoreACCEPT
Manage consent

This website uses cookies to improve your experience while you navigate through the website. Out of these, the cookies that are categorized as necessary are stored on your browser as they are essential for the working of basic functionalities of the website. We also use third-party cookies that help us analyze and understand how you use this website. These cookies will be stored in your browser only with your consent. You also have the option to opt-out of these cookies. But opting out of some of these cookies may affect your browsing experience.
Necessary Always Enabled
Necessary cookies are absolutely essential for the website to function properly. This category only includes cookies that ensures basic functionalities and security features of the website. These cookies do not store any personal information.
Non-necessary
Any cookies that may not be particularly necessary for the website to function and is used specifically to collect user personal data via analytics, ads, other embedded contents are termed as non-necessary cookies. It is mandatory to procure user consent prior to running these cookies on your website.
SAVE & ACCEPT